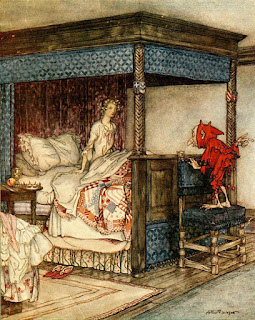 When crafting your next Labyrinth fanfiction, you might want something that stands out from the rest; perhaps a different reason for your main character to be visiting the fairy realms (such as the Labyrinth). If we take a look at traditional folklore, there are a few general interactions between Fae and Humans.

I hope these general interactions will assist in turning your stories into works of wonder. Try focusing on one of these interactions - aside from the obvious Baby-Snatching. Your Labyrinth fanfiction will be more intense and unique.